The following are the latest articles and news from the team at Judge Accountants.

There are dangers in engaging an individual as a ‘contractor’ without having a proper understanding of the law. You may find that the individual is considered to be an employee at law, and this brings with it a range of legal obligations – and liabilities if you get it wrong. An employee generally works in a business … Continued

The Turnbull Government announced that they will provide the ATO with additional funding for a Superannuation Guarantee Taskforce. The taskforce will crackdown on employer non-compliance.   The ATO released a media statement on 29 August that the super guarantee gap for the 2014-15 year is estimated to be $2.85 billion, which represents 5.2% of the … Continued

Are you sick and tired of paying your rent that makes your landlord rich and does nothing for your future? Thinking of buying your first home but you don’t have the money for a home deposit yet? We have good news for you! The Australian government has announced the First Home Super Saver Scheme in … Continued

Expecting a large company tax return? This is a great opportunity to re-invest in your business. Here are 5 ways you can use your return to deliver results. As with any investment, the more you put into your small business, the greater the output will be. That’s why it’s important to think carefully about where you … Continued

When it comes to markets, the basics are supply and demand. However, these all-encompassing terms are nuanced. Depending on your location or property type, the factors that drive demand can be wide and varied. The team at Judge in conjunction with Capital Property Advisers, will provide an insight on what drives demand in their particular … Continued

First home savers, downsizers and small business are the winners in Treasurer Scott Morrison’s second Budget – while taxpayers face an increase in the Medicare levy. Note: These changes are proposals only and may or may not be made law Superannuation Contributions from downsizing the home Date of effect: 1 July 2018 Individuals aged 65 … Continued

If you’re in your thirties or forties, chances are you’re juggling a career, kids, a mortgage and home improvements – yet amongst these financial responsibilities lie opportunities to get more from your money, according to Matthew McCabe* from Judge Financial Planning. “It’s common to feel stretched at this stage of life with seemingly endless bills … Continued

As the saying goes where there’s a Will there’s a way! When it comes to leaving things for your family it needs to be a smart Will, otherwise, the tax man could end up being your largest beneficiary. “Family succession planning is a strategy to control the way your estate is passed onto your beneficiaries … Continued

Busting the top 5 myths about sorting your finances Wondering where all your money goes is common: no matter how much you earn, it seems like there’s never enough and it just seems to vanish. By putting your finances in the right place you can get rid of that feeling, go further and achieve more. … Continued

Many investors know the attraction of negative gearing for property investment. And a number of years ago, super rule changes opened up the way for self-managed super funds (SMSFs) to access this powerful investment strategy.  Matthew McCabe* from Judge Financial Planning commented on the surge in interest from many SMSF clients. “It’s not that surprising … Continued

The Turnbull Government is set to deliver the Federal Budget on Tuesday 9th May 2017, which will outline the economic and fiscal outlook for Australia. It will illustrate the Government’s social and political priorities, and how the Government intends to achieve these. Judge Accounting & Judge Financial Planning will be holding a briefing to support … Continued

With most things in life, the more you put in, the more you’re likely to get in return. So if you could put more money into investing, imagine what the results could be.   You might feel like you don’t have any more money to invest. But what about the potential lying dormant in the … Continued

From one successful local business to another, Judge Financial Planning would like to inform you of the critical need to insure your business against life’s unexpected mishaps. After all, whether your business is your “pride and joy” or simply “a means to an end”, it’s your livelihood so it pays to protect it. Can you … Continued

Self-managed super funds have become a popular way for Australians to build their retirement savings. In fact they’re now the fastest growing segment of the superannuation market, with over one million of us now counted as members of an SMSF.^ Those members collectively hold more than half a billion dollars in superannuation assets, approximately 16% … Continued

Self-managed super funds are now the fastest growing part of the superannuation market in Australia, with more than one million of us being members of an SMSF. SMSFs have become a popular way for Australians to build their retirement savings because they generally offer greater control and flexibility of your super investments. And while thousands … Continued

Debt is one of the fixtures of modern life for most people but if you feel it’s getting out of your control, it’s time to act. The Australian Psychological Society(1) says 35 per cent of Australians have significant levels of distress in their lives; 26 per cent have above-normal levels of anxiety; and 26 per … Continued

From 1 July 2017, a ‘transfer balance cap’ of $1.6 million will be introduced that limits the amount that can be held in the retirement (pension) phase of super. You currently exceed this limit so it’s important that we meet to discuss your options which may include transferring some of your pension money back to … Continued

On 1 July 2017, some rule changes come into effect that may impact your ‘transition to retirement’ (TTR) strategy. The tax rate payable on earnings from investments held in a TTR pension will increase from 0% to a maximum of 15%. Also, the annual cap on concessionally taxed super contributions will reduce to $25,000. It’s … Continued

The changes to super and tax laws proposed in this year’s federal budget, then revised and adjusted by the government in September, have been passed through Parliament and are mostly due to take effect from July 1, 2017. That means that you have until July to consider if there is any action you should take … Continued 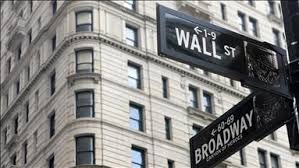 Some 15 months since it first raised interest rates in more than seven years, the US Federal Reserve (Fed) lifted rates for the third time at its March meeting by 25 basis points, raising rates to the 0.75%-1.0% range. Overall the tone of the post-meeting statement and press conference was more dovish than markets had … Continued

THE Turnbull Government is about to pocket a $220 million revenue windfall by seizing control of an estimated 100,000 super accounts. At the end of the month, super funds will have to transfer to the Australian Taxation Office (ATO) “unclaimed” or “lost” super account balances of up to $6000 — an increase from the current … Continued

Every year, it seems, they change the rules – the retirement age, the contributions cap, and so it goes on.  We are analysing each of the newly legislated super changes, to ensure that you fully informed, understanding if you are affected and if so, how you are affected. The first of the changes we are focusing … Continued

Every year, it seems, they change the rules – the retirement age, the contributions cap, and so it goes on.  The most recent changes to superannuation include; Introduction of $1.6m cap on income streams with tax penalties if higher amounts are rolled over The division 293 income threshold for high income earners will be cut from … Continued