When it comes to markets, the basics are supply and demand, however these all-encompassing terms are nuanced. Depending on your location or property type, the factors that drive demand can be wide and varied.

The team at ‘Herron Todd White’ provide an insight on what drives demand in their particular patches.

In mid 2015 the Australian Prudential Regulation Authority (APRA) tightened the policy on lending practices for investment loans. These loans now have a slightly higher interest rate than owner occupier loans along with lower loan to value ratios. Some lenders have also stopped lending to non-residents and temporary visa holders. These changes have significantly impacted investor demand across the Sydney market, particularly for new units.

Official interest rates are at a historic low of 1.75% since the last rate reduction in May of this year. It is predicted by a number of economists that there may be another interest rate decreases this year which could possibly stimulate the property market in the lower and middle price brackets.

Property investors appear to have held off any property decisions until after the federal election due to the negative gearing changes proposed by the Labour Party.

The confidence of potential buyers in the market plays a large part in demand for property. The media coverage the property market receives, whether positive or negative, strongly influences buyer confidence. As the winter months are generally quieter for property transactions and now that an extended election campaign is behind us, the property market should see an increase in market activity as we head into spring. 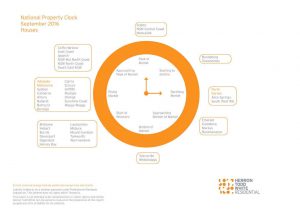 After a long period of minimal infrastructure spending in Sydney, there are now quite a few projects underway which will have an impact on demand for property in the areas to benefit from that infrastructure. The light rail that goes from Dulwich Hill to the heart of the city has helped fuel demand in the inner west, which has resulted in an increased amount of new developments under construction in the area.

Another line under construction from Randwick and Kingsford to the city will also benefit those suburbs and others including Kensington and Centennial Park. The proposed WestConnex, which has been labelled the largest integration transport project in Australia, will also benefit demand in a number of suburbs in Sydney’s west by providing better access to the CBD and Sydney airport.

Outer western Sydney The large driver in this region of Sydney has been the shortage of lot creation to cater for Sydney’s ever expanding population base. This has been hampered by the lack of essential services (mainly town water and sewer) as well as transport links and amenities (parks, shopping and schools). This region is driven firstly by price and its relative affordability compared with the mid and inner rings.

The NSW Government through its Sydney Region Growth Centres Plan 2006 earmarked thousands of acres previously zoned for rural residential uses located along the fringes for re-development. The past ten years has seen a snowball effect with infrastructure roll out being delivered.

This has had a strong effect on the market with first home buyers purchasing newly created stock in the form of house and land packages located in re-developed areas such as Riverstone, The Ponds, Schofields, Ropes Crossing and Bungaribee.

These first home buyers have been able to capitalise on the rapidly rising prices along this corridor and shift towards the traditionally highly desirable regions which surround these growth centres such as Castle Hill, Kellyville and Bella Vista which were previously unaffordable.

The past 12 months has seen the long awaited north-west rail link reach its final construction stage and buyers who previously steered away from the region due to the lack of infrastructure are being drawn to the area.

Like many regions along the eastern seaboard, the Central Coast has seen a sustained period of growth and demand for real estate.

Visitors, residents, investors, existing and future businesses on the coast are acutely aware of the main drivers of real estate in the Central Coast region of New South Wales. It has nought to do with the recent amalgamation of the former Gosford City and Wyong Shire Councils into one big Local Government Area – the ingeniously named Central Coast Council, but everything to do with price and proximity.

When broken down a little further, the diversity of property seen on the coast covers all wants, tastes and needs at pricing levels which are more than favourable to those seen in the Sydney metropolitan area and it’s just a short drive up the M1 Motorway to Sydney.

Second, third and subsequent buyers are equally well catered for. It just depends on whether they want to be close to the beaches or lakes, or in a suburbs or rural lifestyle area. All budgets and tastes are satisfied. Property prices can start from a low base in the early $300,000s and rise through the different segments of the market. While careful to avoid labelling an average or median value on the coast, we would say it lies in the mid to high $400,000s for first home buyers. Lately there have been a few sales breaching the $5 million mark along the beach or in the better rural lifestyle areas. While these are not occurring daily, the frequency of these sales is increasing.

Interestingly, in years gone by, the region was viewed as a holiday destination with the tourism market being seen as a major economic driver. Sadly, or progressively (depending on who’s leading the conversation), the region’s economic base is far less reliant on tourism with a noticeable switch to a higher resident base – currently exceeding 350,000 – which has seen tourism recede as a major economic base. This has been brought about by the opening of the region to new residents via better access to the Sydney market and discovery of affordable real estate.

The income generated, spent, recycled and transferred into and out of the region has elevated it from a few sleepy beachside towns where everyone had a grandparent or retired aunt or uncle living here to a vibrant, young, evolving and growing economy. Business wise, the evolution of the region has been viewed as a little more subtle until a closer look is taken.

There is still some distance to cover before classifying the region’s business economy as strong, but amongst other industries, medical is growing faster than many would realise and continues to grow in response to demand. The education and technology sectors have established roots here as well and are going okay. Overall though, secondary industries such as service and small manufacturing are probably the largest business base in the region. Export is not something we would associate with the region – it is present, but low key. While there will always be a need to commute down the M1 Motorway to Sydney for some (upwards of 10,000 people do this daily), as more local industry arrives and establishes itself, economic modelling would suggest a drop in the number of these daily commuters along with a broadening of the skills base here for industry to capture and keep.

With plenty of fresh air and good weather, a good lifestyle is hard to miss. Sports play a big part in the local scene here and it’s not just limited to fishing, surfing and swimming. Football is bigger on the coast than some might realise – ever heard of the Central Coast Mariners? It’s difficult to say whether this affects the real estate market to a quantifiable degree, but it can’t hurt to think it is a factor.

Newcastle/Lake Macquarie has seen a sustained period of growth for standard residential property over the past two years, despite new release subdivisions selling land at Fern Bay, Cameron Park and Fletcher in large numbers. There are also smaller estates dotted throughout Newcastle and in particular Lake Macquarie, with Catherine Hill Bay and Trinity Point at Morisset adding to the available stock.

This can be put down to a number of factors including incentives for first home buyers to build, interstate migrants coming from the more expensive Sydney market and speculative out of town investors looking to add to their rental portfolios. The recent federal election raised a few fears throughout the property market with superannuation and a possible change to negative gearing both gaining plenty of airtime.

Elections always bring in a period of uncertainty to the property market and reduced activity is often felt. It was no exception this time in the Hunter. Uncertainty and making large financial decisions are often diametrically opposed.

As we focus on the city of Newcastle, there are a number of applications before the Council for multi storey unit developments (primarily residential in nature). The total number of units proposed within these applications is projected to yield approximately 2,800 in total of varying sizes and price points. This projected supply will continue stimulating the local economy from a building perspective (assuming they all commence), however after this period there is the real possibility that there could be an oversupply.

This scenario occurred recently with the last unit building boom of circa 2003 and 2004. The oversupply of units at that time took a number of years to trickle through the market place. Going against the recent growth in Newcastle is the lack of it in the Singleton area, which is still trying to cope with the mining downturn. Vacancy levels remain high and the number of houses on the market for sale are seemingly more numerous than the potential purchasers available. This dynamic only leads in one direction.

Looking at the positive, the Expressway has provided some advantages with almost 25,000 vehicles using the highway every day, which means that investing or owning a home in this area makes the travel for work to Newcastle and surrounds quicker. 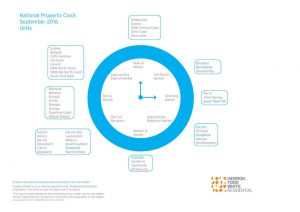 Herron Todd White is the largest independent property valuation and advisory group in Australia. Their objective is to provide the highest level of client service with integrity, professionalism and independence.

We will provide you with the intelligence and advice to help you to succeed.

With sign up of any of our Accounting Packages.